While at the 2019 Los Angeles Festival of Books for my book signing, I was approached by a TEDx curator to give a TEDx talk on Parental Alienation.   I am a Divorce Coach who specializes in High Conflict and Parental Alienation.  The curator had heard me speak on the subject which was compatible with the event’s theme.  Although I had watched many TEDx talks, I never considered giving one.  Without knowing what giving a TEDx talk would entail, I agreed to participate.

I have publicly spoken many times.  Very quickly I learned that giving a TEDx talk is different from public speaking.   Accustomed to having speaker aids such as power point presentations, teleprompters, and file cards giving a TEDx talk was void of those crutches.   I was going to be alone, on a stage, with only my words.

Without the use of familiar speaking props, I felt out of my league.  This led me to search for a speaker coach who was experienced in coaching TEDx Speakers.  I found Tania Ehman, International Speaker and Speaker Coach.  I had no idea how my life was about to change. More importantly, I had not yet comprehended the power of a TEDx talk and how my words would have impact in the world.

For several months leading to my moment on the red dot, my days and nights were consumed with compiling my script.  Sometimes all it took was changing one word within a sentence. Other times, paragraphs were rewritten or rearranged within the body of the script.  No matter where changes were made, my goal was to evoke emotions from the audience.

Script changing is only one of the ways to prepare for giving a TEDx talk.   Practicing the script is crucial.  TEDx talks appear as though impromptu and easily executed.  Nothing could be further from the truth.  They require many hours of preparation to assure that the speaker has just the correct intonation and inflection of voice so that essential points of the script are emphasized.  Attention is given to hand gesturing and speaking pace so that the audience stays intrigued.

My TEDx talk has precipitated connections from people who have reached out to me from all over the world, either directly or through remarks on the comment section of the TEDx talk.  Whatever their communication method, they have confirmed the power of TEDx by sharing, with me, how my words spoke directly to their experience with parental alienation.   We are all connected by our humanity.

The power of TEDx has profoundly impacted my life in such a way that it became the segway for me from having been a TEDx Speaker to acquiring a license to hold the title of TEDxRolandPark Curator. Our theme Moving Humanity Forward will be an exciting event with ten impactful speakers who have unique and interesting concepts to spread to the world.

No comments to show. 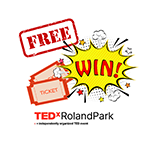